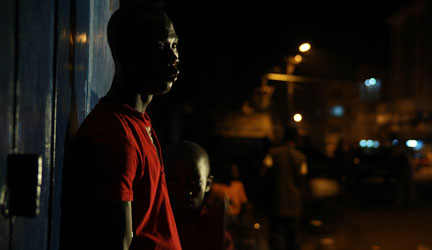 Lama was born in Old Warf, one of the worst slum areas of Freetown. At birth his left eye was infected, but for some time he was still able to see with his right eye. Sadly, the infection gradually destroyed both eyes. During the war he was attending a Red Cross school for the blind, but the rebels burned the school down. Lama lost both his parents and only has an older brother. He lives and sleeps in the streets of Freetown and survives as a beggar. He is in constant search of someone, whether a child or another disabled person to lead him, as they go out to beg together. Whatever the proceeds, Lama splits it in half at the end of each day with his helper. When Lama began making some money through the film, his elder brother suddenly re-appeared in his life. He had heard news on the streets that Lama was earning some money. His brother invited him to stay over his place, but then locked Lama up in a room and stole all his savings. 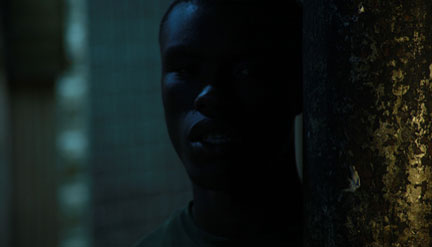 David is from the eastern province of Kono. When he was six years old he used to climb-up trees to pick fruits. One day a branch broke and he fell to the ground injuring himself. When they took him to a hospital the doctor exclaimed: 'This boy is blind!' David had been blind since birth, but he never had a notion of it. In fact, his whole family is blind so no one was aware of his condition. According to David, his entire family was cursed with blindness by the powerful secret society (The Bundo). When his grandmother was young they had demanded she join them, but she refused and this broke the tradition. As a punishment, they proclaimed that from then on she and all the children of her family would be blind. David's mother was indeed born blind, and so were some of his brothers and sisters. He believes that if he has children one day, they too will also be blind. David came to Freetown in 2000 and earns his living from begging. 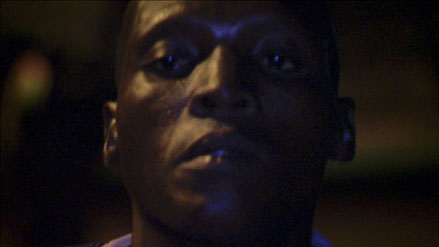 Suley was born in the village of Masinde in the far north. As a toddler he received an injection with a contaminated needle, which infected him with polio. His handicap was the reason that his father and his two younger brothers mistreated him. At the age of six, he fled his home together with a physically challenged friend. The two boys survived in the bush gathering cassava leaves and roots. After they were discovered, someone from the village brought Suley back to his family home, but his father rejected him and threatened to kill him if he ever came back. From then on, he was passed along among family members until a German physiotherapist took him under his tutelage. Suley was able to attend school until the war broke-out in 1991. The area he was living in came under attack. He found himself in a fleeing crowd when rebels fired a mortar grenade in their midst. That is when he lost his right leg. During the further course of the war, Suley was advised to try to reach Freetown, which he eventually did in 1999. During four years he only ate every other day, in order to save money to learn the craft of tailoring. The school closed down and he was never able to finish his studies. Today, Suley earns his money during the day helping people park their cars in the busy commercial centre of Freetown. 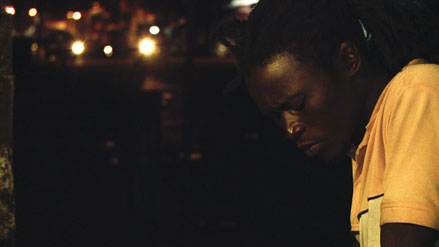 'Shero' comes from a village named Coya, where his father was a fisherman. He was left an orphan after his father was killed in the war and his mother also died. His aunt gave him away and he ended-up in an orphanage at the age of twelve. At fifteen, he was considered to have reached adulthood and had to leave the orphanage. From then on, Shero had to fend for himself. At the height of the war in 1994 he made his way to Freetown where he joined the many physically challenged who had fled there for refuge. He met his girlfriend, Sarah Koroma in 2012 . She became pregnant and they now have a child together named, Abdulay. Like his best friend Suley, Shero lives from parking cars in the commercial centre of Freetown. 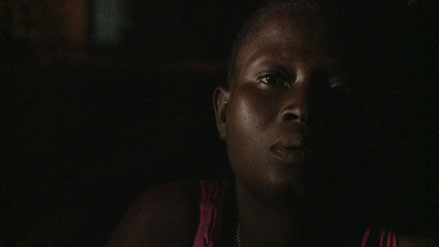 Sarah was born in Freetown and had a very difficult childhood. After an injection, she suffered from polio and endured abuse from members of her family. She was often locked into the house and left unattended, without food or care. Sarah wasn't able to learn any trade and had no access to schooling. From the age of nine, she was abandoned by her mother and passed around to different family members and neighbours. For some years, a woman provided Sarah shelter in her home, but sadly her protector was evicted. The new house she found was too high on a hill, which was not appropriate for a person with a disability. With nowhere else to go, Sarah found herself living on the streets. This is where she would eventually meet Shero. They have a son together named Abdulay and they moved into sheet metal hut where they live together as a family. 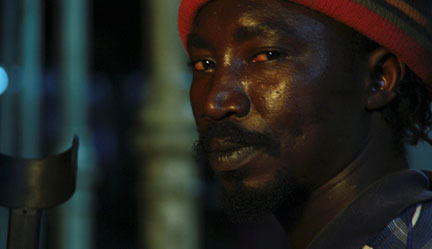 Alfred comes from Makene in the north of the country. His father died when he was ten and soon after his mother also passed away. When he was sixteen, Alfred went looking for work in the Kono diamond mines, when the car in which he and others where traveling fell into a rebel ambush at a place called 15 mile. Many were killed. After the ambush was over, Alfred's travel companion lay dead on top of him. He himself was hit in the leg and was left for dead. Initially the wound seemed to heal and he was still able to work in the mines. However, the leg developed Elephantitis and in 2005 it had to be amputated in a Freetown hospital. After Alfred was discharged from the hospital, he found himself penniless on the street. At first he became a street vendor, selling the local rum but that became unsustainable so he became a beggar. He found a room in a charity initiative, but it was in Waterloo, some two hours away from Freetown, the only place where there is any chance of making a living from begging. Today he commutes between the two places to provide for his two wives and send his four children to school. 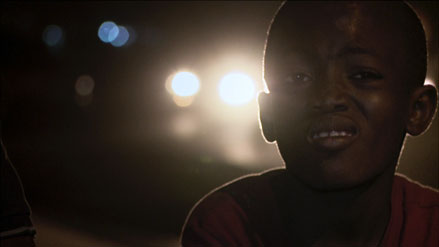 Abdulai Kanu is approximately 7 years old and comes from a refugee camp near Freetown. Lama pays his parents a weekly sum so that he can guide him in return. Lama takes care of the boy's clothing and food and wants to help him go to school.